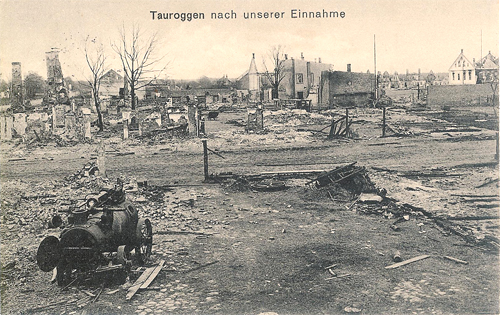 Tauragė (Taurogen, Tauroggen) is situated close to the old border with Memelland and so with East Prussia and Germany. In World War One, Tauragė was conclusively occupied by German forces on March 29, 1915.

When the German army withdrew from Russia at the end of 1918, control over Tauragė and the south end of the militarily important Šiauliai – Tauragė – Tilsit railway line was retained by a German volunteer unit, Detachement Randow, which was soon subordinated to Generalkommando 52 which itself was a segment in the German Grenzschutz (border guards) structure. In the second half of 1919 control over the Šiauliai – Tauragė line was grabbed by Bermondt’s West Armee or Zapadnaja Armija. The railway line being an object of contention, conflicts between the “bermontininkai” and Lithuanian authorities were common. Tauragė was finally cleared by Lithuanian troops on November 20, 1919.

A mandate to open a Lithuanian post office in Tauragė was issued to Ernestas Milleris on January 26, 1919. After his discharge on April 25 he was replaced, as from May 6, by Emilijus Paulikaitis. On September 1, the postmaster’s post was to be occupied by Saliamonas Bagdanavičius from the Kretinga P.O. with E. Paulikaitis staying on as his assistant, but eventually S. Bagdanavičius remained in Kretinga awaiting another appointment. The post at Tauragė was filled by Pranas Stirbis as from October 16 and he stayed on until November 29, 1920 when his place as postmaster was taken by Teofilius Listanderis on December 1, 1920.

The precise date of opening is not known, but surviving mail shows that the Tauragė P.O. was in operation as early as last days of January or first days of February 1919. The stamps available at Tauragė were some values of Second Vilnius Issue, followed by First, Second and Third Kaunas Issues, Fourth Berlin, the Sėjėjas Issue etc. Tauragė seems not to have had the First Vilnius Issue.

Having no formal postmarker to start with, for cancelling Tauragė used a large one-line cachet “TAURAGE”. This practice was discontinued in late April or early May 1919 when an official post office seal was obtained and put to use as a canceller as well. 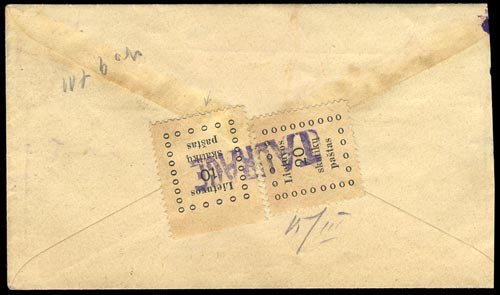 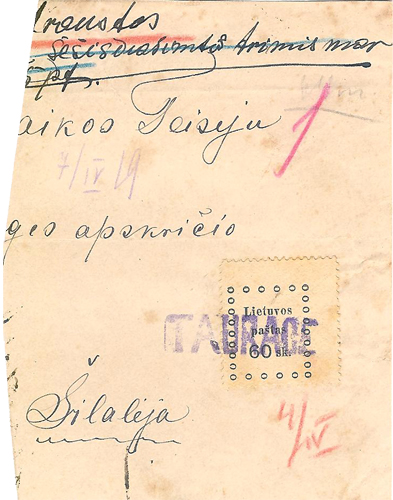 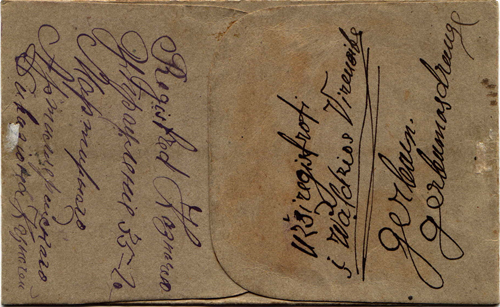 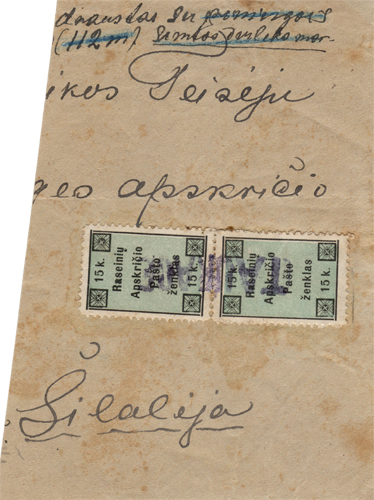 The undated seal with the Vytis in the centre bore the inscription TAURAGĖ PAŠT.-TELEGR.”.  A standard calendar-type postmarker was provided soon afterwards, in June or July 1919.

Although a standard postmarker was supplied to Tauragė in mid-1919, a standard registration cachet was not. Thus for registration the earlier large one-liner “TAURAGE” continued to be used, with or without a hand-drawn frame, with the serial registration number added by hand. 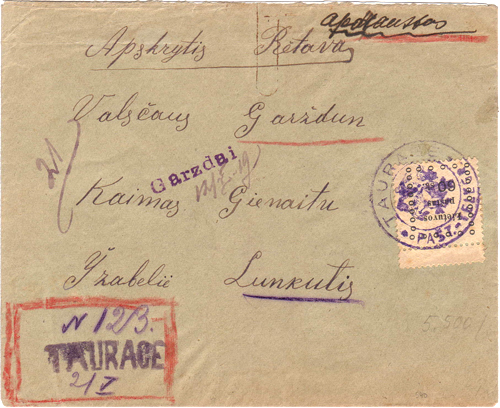 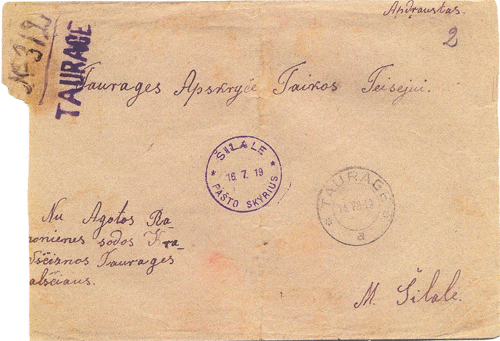 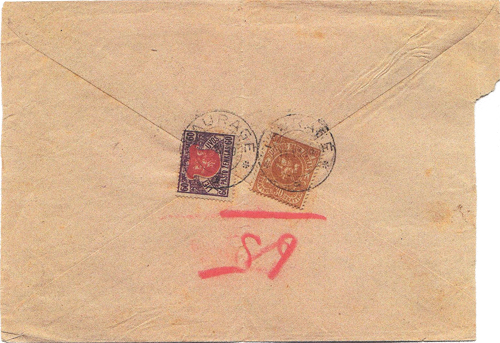